what makes a heart? 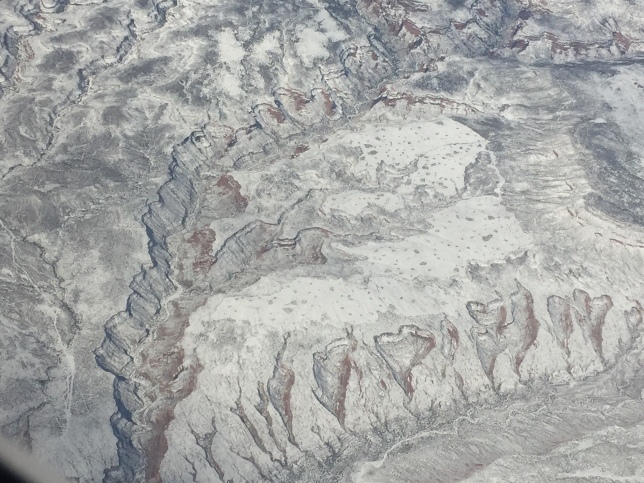 closer to Denver than Los Angeles

we become our true shapes over centuries            millennia

sometimes, though, a glimpse through the veil

The problem is often being in two places at one time. But sometimes I  fail at being in one place at one time:

I exist in the space between. I believe in the magic of two or more countries.

I have taken to pretending this space does not exist. It is preferable to knowing it has been abandoned. Yesterday, a friend reminded me to visit.

My times are not quite right. I haven’t really slept since Sunday. And as for this space. It has been years.

Why Sunday? Why today? Sunday I travelled from Australia to the States. Today, one friend told another friend that I had just returned. I am always just returning. And sometimes I get lost.

Why Sunday? Why today? Sunday, my daily sonnet is dated 2/17. Today, and I notice every day since Sunday, it is mistakenly dated 3/21. I have made corrections. But where did the month go? Have I lived February and most of March? How was it? How was it for you? 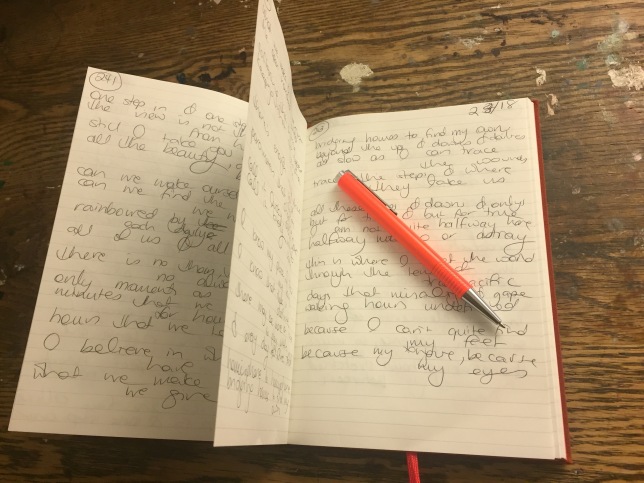 Only last week I did this:

I have been thinking, often, that I would like to return. But having been away for seven months, it is so easy not to.

Then yesterday, a lovely man asked me: Why are you from Australia?

It isn’t what he meant to ask me.

I know because I laughed harder than I have laughed in some time and asked, Did you just asked me Why I’m from Australia?

And he agreed that he did in fact ask me that, though he meant to ask why I was at the Boulder Public Library when I am so clearly from Australia.

I didn’t answer either of his questions last night.

Here are some of the reasons why I am from Australia:

Why are you from where you are from? 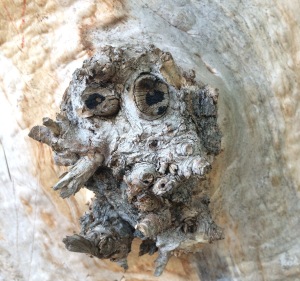 Sometimes I walk too fast. I get caught up in where I’m going. Or just the motion of it. I get distracted by kilometers and minutes. I listen to music. I listen to podcasts. I have imaginary conversations.

Sometimes I remember that I live in a beautiful place and that I probably won’t live here forever. I look at the mountains and the creek. This foreign landscape. I look at the trees. So many of them still ripped open from the flood two years ago. There is one tree that nearly always pulls me out of distraction. Bent like a twig. It is so broken and so beautiful.

The landscape has changed in the last six months. Things are not where they used to be. The stove, for example, is no longer rusting in the creek bed.

And then this. I saw it and kept walking. I stopped and turned around. The natural world plus pen. A way of becoming. Or seeing what is already there. 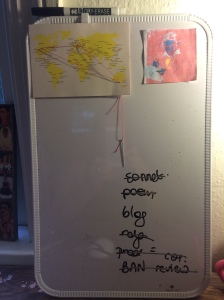 There have been a lot of to do lists this month. And they’re pretty much done, so that’s good. Most of the lists have been for jobs, editing and writing projects. Which is great. That’s the rent paid. Good job.

Today, I decided to make a writing to do list. I’m kind of cheating because ‘sonnet’ is on the list every day, but what the hell, I did it. And I like to cross things off.

I have been wondering what to say. Here and elsewhere.

I have been wondering what the next book is.

I have been playing with walls and stars.

I have been thinking about poems and novels.

I want to talk about memory and imagination. Mine are unreliable, mine are intertwined.

I do a lot of listening when I walk. Sometimes I forget to look.

Today, as we were leaving the Teahouse, Bhanu found this cloud speech bubble.

Is it the sky talking? The other cloud? Is it the tree?

There are so many things I want to tell you. Not all of them are true.

Tonight, though, I was having a lovely salad and hot apple cider with Mongrel Goddess Bhanu Kapil. We were at Innisfree Poetry Bookstore and Café. There was a lot to talk about and we were talking about it.

Then, as occasionally happens in Boulder, a young man came in with a very large meat tenderizer. Last time I was at Innisfree, we celebrated Bhanu’s new book BAN. The bookstore became a temporary butcher shop. So, a meat tenderizer, especially given that Bhanu was there, made sense. Then, a man wearing a felt beard and felt cape came in. He announced that it was Nordic poetry night. Of course.

We listened to the meat tenderizer man read a dialogue about reckoning and dwarves and naming things. Something came over Bhanu. I didn’t know if we had to leave. There were lily-white daughters and patriarchal norms. It seemed likely that we would have to leave.

But no. We didn’t have to leave. Something came over Bhanu. She quietly asked me whether Iceland came under the Nordic purview. Really, it was a guess, but I said yes. And so when the meat tenderizer was done, and the felted beard man asked for the next reader, Bhanu raised her hand. She had a Nordic Report.

Sadly, I did not video her Nordic Report. I took photos. Here’s one:

(note the felted beard man with his felted cape)

And here, briefly, is a survey of Bhanu’s Nordic Report:

Firstly, importantly, she confirmed with the felted beard man that Iceland was a valid Nordic reference. Yes. Okay. On to the report, which has three parts.

And that, dear immigrants, is how we ended up at Innisfree Poetry Bookstore and Café, United States.

I am a fan of time zones. I like that things happen sooner in Australia. I like that if there’s something worrying you, some end-of-the-world thing, we can get right on it. We can test the waters, let you know it’s all okay.

Sometimes I like how the separation causes confusion. How I have to leap ahead for birthdays and anniversaries. Something happens here now. But what if it’s already tomorrow? How can I remember a today that hasn’t been?

Sometimes I like the intersections. Now, for example, it is February 2nd in Australia, in the United States, in the Czech Republic. Some of us are making dinner, some are sleeping, some are just waking up. Maybe you watched the Super Bowl yesterday. Maybe you celebrated your sister’s birthday. February 1, in Melbourne, in Boulder, wherever you are.

Over the last years I have been writing novels. One of them will soon be in the world. It is called How To Walk Away. Yesterday, February 1 in Australia, I got my first review. You can read it here, at The Conium Review. And soon, I hope, you can read the book. The review is by Chelsea Werner-Jatzke, who is super smart and a brilliant writer.

Quite by coincidence, I also received a review of a newer work yesterday. I don’t know what the new novel is called yet. We can call it The Adventures of Ruthie Gibney: Swagman. The review is by Lili Birman. She’s my mum. She’s also super smart and a brilliant writer, but was maybe a bit tired when she wrote this note. She reckons the Mr. Men books were all her idea. But that’s another story. Anyway, here’s what she has to say:

I was never good at tracking time. Knowing the months of things. Understanding seasons and weather. Now there is also this problem of names.

Summer meant being outside. No school. It meant being in the water. Maybe at the beach. Maybe at Harold Holt Pool. A pool named for an Australian Prime Minister who drowned. I don’t know why that happened. I do remember being there the day of the Ash Wednesday fires. The whole sky clouded over black.

Winter was less wintry than winters here. It was rain and umbrellas. It was parkas, but not gloves. It was less problematic than it is these days.

Spring meant cherry blossoms blowing through the car vents as I drove. It was my favourite thing about owning a car.

Autumn was Autumn, but in movies and books it was called Fall. Like it is here. Like I sometimes call it now, though I try to remember not to. I am lucky to have them both. Autumn in Australia. Fall here, and on tv. It helps with the timing thing. Spring forward, Fall back doesn’t work with Autumn. Though language would certainly allow it to.

I was never as troubled by Autumn and Fall as much as I was by fringe and bangs. I can’t tell you how many books I read where the girls were cutting their bangs or pinning back their bangs. American girls had bangs. That was clear. For a while I thought it meant plaits, which you might call braids. For a while I thought it meant hair clips. I don’t know when I figured out it was what we Australian girls called a fringe. I still don’t really understand it. I prefer fringe. And aluminium.